Morningstar's range of MPPT controllers range from the small 10 A 120 VOC EcoBoost through to the 60 A 600 VOC TriStar, and come with their TrakStar™ technology to maximise solar power production. 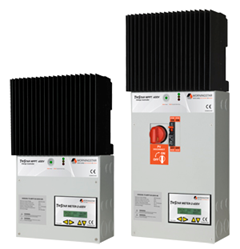 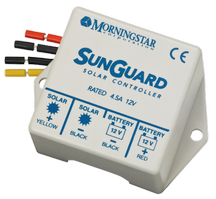 The SunGuard is a one module solar controller 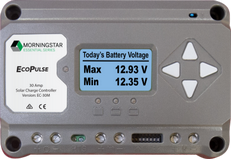 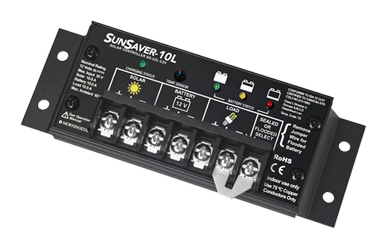 The SunSaver is the world’s leading small solar controller for industrial and leisure markets. 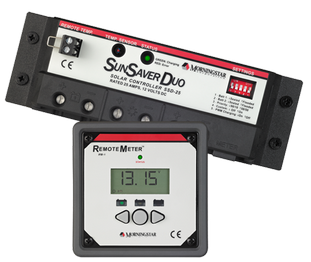 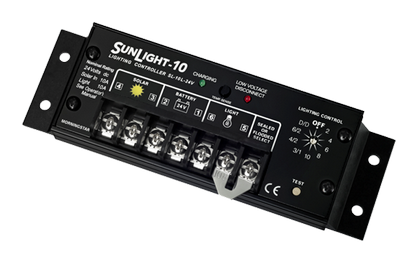 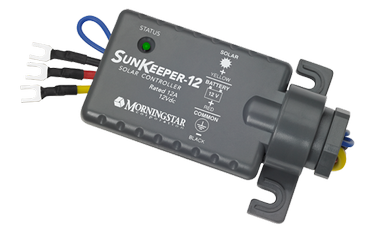 The SunKeeper solar controller mounts directly to the solar module
junction box and eliminates the need for an additional controller housing. 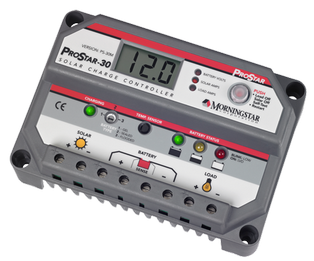 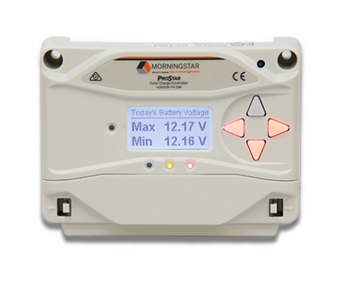 The Morningstar ProStar is a mid-range charge controller with extensive electronic protections. 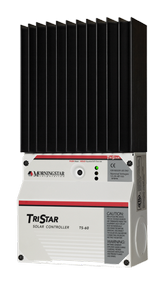 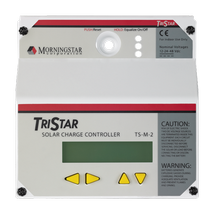 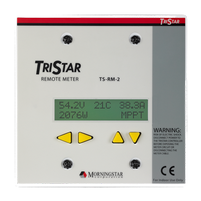 The TS-RM-2 provides the same data display as the TS-M-2, except that it ships with 30 meters of cable and a flat faceplate. These features enable convenient mounting away from the controller. 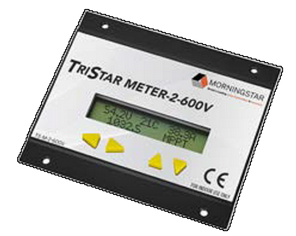 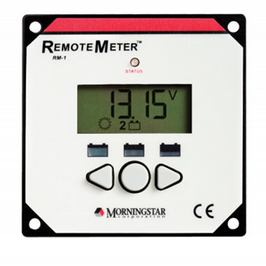 Features:
*Only available for the SunSaver MPPT Controller.
Brochure
Manual 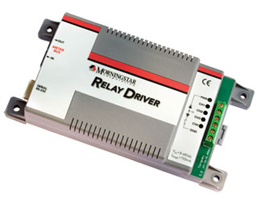 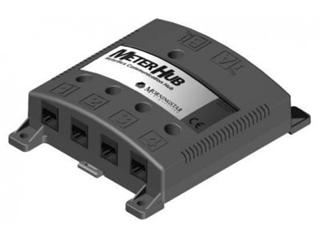 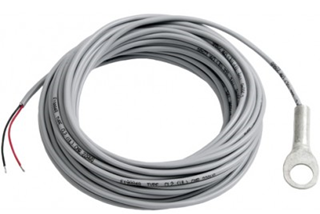 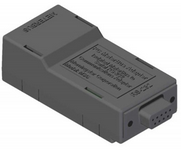 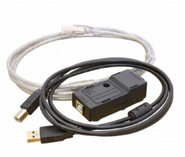 The USB MeterBus Adaptor converts the Morningstar MeterBus RJ-11 electrical interface to a standard USB 2.0 interface. This allows communication between a PC and Morningstar charge controllers or inverters that have a MeterBus connection, but no serial or other communications port. This includes the Sunsaver MPPT, SunSaver DUO, and SureSine products. The UMC-1 is required for: 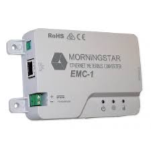 The Ethernet MeterBus Converter enables  IP based network and internet connectivity to any Morningstar product  that features an existing MeterBus port (RJ-11) including:


The EMC-1 is powered by connecting it to the Morningstar product’s  MeterBus port or the DC input for 12, 24, or 48V systems. The MeterBus  port connection also enables transmission of serial data to the EMC-1.  The EMC-1 converts this connection to a fully enabled Ethernet port to  allow data transfer to the internet. This facilitates remote monitoring,  configuration and control using any type of IP based network  connection. Thus, many new powerful integration options for Morningstar  products can be established in remote power systems.
Brochure
Manual 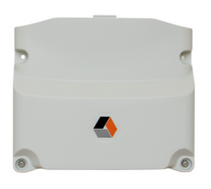 The Ground Fault Protection Device (GFPD) products are off-grid and on-grid PV safety devices. The GFPD is available in two models, GFPD-150V and GFPD-600V, to support 150V and 600V PV system breaker stacks, respectively. Morningstar’s GFPD increases safety and design flexibility in off-grid and on-grid PV systems. Ground fault protection is used in electrical systems to prevent current from following any unintended paths during a ground fault. It is critical to detect any stray current and to interrupt (break) the circuit until safe operation can be restored. A current imbalance between the conductors of a circuit indicates a ground fault. Morningstar’s GFPD will detect this condition and break the circuit on both the positive and negative legs. Disconnecting both poles ensures interruption of the ground fault current.

• Morningstar’s GFPD will only shut off affected controllers, while maintaining
the system earth bond.
• All loads will continue to operate safely with the battery remaining bonded
to ground.
• Multiple controllers and GFPDs can be added on an as-needed basis